The Hollywood Hills! A name synonymous with fame, fortune, and film. Within the Hollywood Hills lies several different neighborhoods and The Kind Center couldn’t be happier to serve them. Feel like the star that you are in-store or with our marijuana delivery service.

Hollywood Hills is a large ––wait for it, hillside neighborhood in Los Angeles. The neighborhoods that make up this area include Beachwood Canyon, Cahuenga Pass, Franklin Village, Hollywood Heights, Hollywood Dell, Whitley Heights, and Outpost Estates. Over 26,000 people call the Hollywood Hills home over a distance of 7.05 square miles. Nearby you’ll find Universal City, Studio City, Burbank, Los Feliz, and Hollywood. You’ll never feel bored in the Hollywood Hills. With various tourist attractions, restaurants, recreational activities, and more, there’s always something new to experience. This includes visiting The Kind Center! Whether you’re a first-timer or a regular on the cannabis scene, we would be more than happy to help you with product selection in-store or through our marijuana delivery service!

There’s no denying that the Hollywood Hills is our favorite. It includes all of the best neighborhoods that each bring something unique to the table. From entertainment venues, museums, outdoor hiking trails, nightlife, and food that will have your mouth watering, Hollywood Hills does right by its residents and beloved visitors. The city life is vibrant, but the hills are relaxing and tranquil. What more could you ask for? But when it comes down to it all, the thing we cherish the most in the Hollywood Hills is the people.

There’s nothing quite like the views you’ll witness from the Jerome C. Daniel Overlook above the Hollywood Bowl. Let’s just say on a clear day you might even see Catalina. It’s that good. 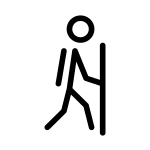 Runyon Canyon offers something for everyone! Enjoy a scenic hike with views of Los Angeles, the Hollywood Sign, and Griffith Park. The best part is you can bring your furry friend along for the adventure! 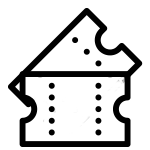 The John Anson Ford Theatres represents the culture of Los Angeles with its diverse and creative performing arts events. Enjoy amazing dance, music, and film performances in an intimate setting.

Iconic, stunning, and famous — Hollywood Hills is home to the Hollywood Sign. Find a good spot to snap a pic from afar, or take the local hiking trail and catch a view of L.A. from behind the letters.

The Hollywood Bowl is an outdoor amphitheater located in the neighborhood of Hollywood Hills, named one of the best live music venues in America. Catch all of your favorite artists on tour; they always seem to stop here!

The Forest Lawn Memorial Park of Hollywood Hills is one of six famous Forest Lawn properties and has the honor of remembering many prominent people who have passed, especially those from the entertainment industry.

Into celebrity sightseeing? Hollywood Hills is the place to be! The Hills are home to a large list of A-list celebrities, and walking around town might just have you bumping into one.

Like the rest of Los Angeles, Hollywood Hills features the iconic sunshine and warm weather of Southern California all year long. It's also close enough to the Santa Monica mountains to avoid any blistering heat during the summer!

Did you know there’s a neighborhood in Hollywood Hills named after birds?

One of the most desirable places to live is none other than a neighborhood called the Bird Streets. Why is it called this you may ask? Well, the streets are named after birds. As simple as that. Many celebrities have called the streets of the birds home including Matthew Perry, Leonardo DiCaprio, Jodie Foster, Tobey Maguire, and Keanu Reeves.

This area is known for its privacy and spectacular views. You can consider yourself very lucky if your street name is Oriole Drive, Blue Jay Way, Nightingale Drive, Robin Drive, Warbler Way, Thrasher Avenue, Swallow Drive, or Skylark Lane.

Even More on Hollywood Hills

Hollywood Hills is an aptly-named hillside neighborhood located in the central region of Los Angeles. Despite its name, Hollywood Hills sits only about 380 ft above sea level, which really isn't that high. It's most notable for having the Hollywood sign built into the mountains' facade. Its terrain is what's referred to as "bedrock of the hills," made with complex granite-filled and metamorphic rock embedded in sandstone and shale of the soil, often filled with an abundance of small stones. All things considered, it's very impressive they were able to put (and keep) the Hollywood sign here, based on the soil.

The city straddles the Cahuenga Pass in the Santa Monica Mountains, and touches Studio City, Universal City, and Burbank to the north. It's also bordered by Griffith Park to the north and east, Los Feliz in the southeast, Hollywood in the south, and Hollywood Hills West in the west. Within its boundaries is the famous Forest Lawn Memorial Park, the Hollywood Reservoir, the Hollywood Bowl, and the John Anson Ford Theater. The city is somewhat inconveniently bisected by the US 101. Hollywood Hills seems to be surrounded by everyone and everything, as denoted in its boundaries. It's bound on the northwest and north limits by the Los Angeles city line, on the east by a (random) fire road that runs through Griffith Park, on the south by Franklin Ave, and on the west by another irregular line that includes Outpost Drive.

Hollywood Hills is home to two private and three public schools: The Neilson Academy and The Oaks (private), and Immaculate Heart High and Middle School, Valley View Elementary School, and Cheremoya Avenue Elementary School (all part of LAUSD). Despite being only seven square miles, you'll find a number of neighborhoods in Hollywood Hills including Laurel Canyon, Beachwood Canyon, Cahuenga Pass, Franklin Village, Hollywood Dell, Hollywood Heights, Hollywoodland, Outpost Estates, and Whitley Heights. 21,588 people live here according to the 2000 US Census, but we can only imagine it has grown since then. Hollywood Hills averages just over 3,000 people per square mile — surprisingly, one of the lowest population densities for the city and country.

The Hollywood Hills is a typical affluent community, as the ones in the hills tend to be. The median age of residents is 37, considered on the older side for LA, which may explain the relative success and wealth of the area. Hollywood Hills' diversity index is 0.433, and this community is made up of non-hispanic whites, Latinos, Asians, and African Americans. It has a relatively low household size of 1.8 people on average, and a high median household income for the city (though average across all of Los Angeles county). Of the houses there, 56% of homes are rented, the other 45% are owned. A large portion of the population has a four year degree, and the city is home to a multitude of notable people: Christina Aguilera, Gisele Bundchen, Camila Cabello, Sam Cookie, Anna Faris, Lady Gaga, Ariana Grande, Werner Herzog, Niall Horan, Demi Lovato, Joel McHale, Joaquin Phoenix, Chris Pratt, Keanu Reeves, Troye Sivan, Kevin Smith, Quentin Tarantino, Rebel Wilson, and more.

While Hollywood Hills is relatively low-key — without too many crazy attractions or a deep history — you have likely seen it on the big screen more than once. The homes here are, generally speaking, mansions, and the real estate business is always booming. If you don't believe us, simply watch one season of Selling Sunset and you'll see. Those who visit tend to take celebrity home tours through the winding roads in the hills, and the stunning architecture is honestly worth sitting on one of those double-decker busses. While visiting, we'd also suggest stopping by Runyon Canyon Park, the Griffith Observatory, and nearby Hollywood attractions!