The Kind Center is the best dispensary in Hollywood, and for good reasons.  Aside from the consistent top quality selection, The Kind Center is conveniently located just a short walk from all of Hollywood’s most popular attractions.  Over the years, we have become a local favorite, as well as a destination for travelers who want to make the most out of their time in Los Angeles.  Below are 10 of our favorite things to do in Hollywood after a trip to The Kind Center:

The Hollywood Sign is by far one of the most iconic sights in all of Los Angeles!  A little known fact is that the sign originally read, “HOLLYWOODLAND”, serving as a simple advertisement for the expanding real estate market of the 1920’s. Through the years, the sign has become a much loved attraction that can be enjoyed up close following a hike through Griffith Park, or from afar at the Kind Center off Hollywood Boulevard.

2. Walk along the Walk of Fame

First established in the 1950’s, the Walk of Fame is a globally recognizable feature of Hollywood Boulevard, and the American movie industry.  There are over 2,500 individual stars to be seen in the area, attracting over 10 Million tourists every single year.  The Walk of Fame is open to the public 24 hours a day, 7 days a week, and is right around the block from The Kind Center!  Feel free to explore to your hearts content.

Another iconic Hollywood landmark seen in countless films is the TCL Chinese Theater!  Aside from being a frequent venue for red carpet movie premieres,  thousands of celebrities have their names, handprints, and footprints immortalized in the sidewalk in front of the theater.  If you’re one to enjoy a good film, this movie experience will be like none other.  The TCL Chinese Theater is located at 6925 Hollywood Blvd, Hollywood, CA 90028

The Hollywood Wax Museum is one of the oldest and longest running in the United States!  Get up close for unlimited selfies with some of your favorite stars ranging from Robert Downey Jr. and Angelina Jolie, to Elvis and Arnold Schwarzenegger.  There are even placards with fun facts or trivia questions next to each statue.  Each unique Hollywood scene gives you the chance to be a star among the stars.  The Hollywood Wax Museum is located at 6767 Hollywood Blvd, Los Angeles, CA 90028.

The Hollyhock House is among the many masterpieces designed by the famous architect, Frank Lloyd Wright.  Hollyhock House was originally a residence for oil heiress Aline Barnsdall.  The Hollyhock House is the centerpiece of East Hollywood’s Barnsdall Art Park. Being the first house that Wright built in the Los Angeles area, it represents his first vision of what Southern California architecture should look like.  You are welcome to explore the house and gardens at your leisure.  Make sure to take the time to see the seamless combinations of in and outdoor spaces.  The Hollyhock House is open for visitation Tuesday through Sunday, and is located at 4800 Hollywood Blvd, Los Angeles, CA 90027.

Take a break from LA’s busy streets with a stroll around the Hollywood Reservoir, the namesake of this park nestled in the Santa Monica mountains.  Open to the public daily from dawn to dusk, this park has countless recreational options that range from paved trails for cyclists, walkers and joggers, to open grassy meadows that are perfect for a game of catch, or a leisurely picnic.  Lake Hollywood Park is located at 3160 Canyon Lake Drive, Los Angeles, CA 90068.

Take a tour of Griffith Park and see the Hollywood Sign up close from horseback!  Sunset Ranch features truly unique guided tours that wind along the rocky hills and steep ridges of Griffith Park.  The ranch offers different tour packages to suit your needs.  There is a one or two-hour Day or Evening tour, and even a package that allows you to stay at the ranch’s bed and breakfast overnight.  Sunset Ranch Hollywood is located at 3400 N Beachwood Dr, Los Angeles, CA 90068.

9. Take a Tour of Paramount Studios

A Hollywood landmark with its famous arched gateway, Paramount Studios is the only working studio that you can both visit and tour within Hollywood.  Paramount is the 2nd oldest film studio in the United States after Universal Studios in North Hollywood.  A few movies and TV shows you might recognize from the last half century that were made by Paramount include Iron Man, the entire Star Trek franchise, Indiana Jones, Titanic, the Transformers movies and more.  Tours are offered daily every half hour from 9 to 4 on weekdays with some schedule variations on weekends.  Paramount Studios is located at 5515 Melrose Ave, Los Angeles, CA 90038.

10. Get Lost in Amoeba Music

Located on Sunset Boulevard in Hollywood, Amoeba Music is by far one of the most iconic music stores in both LA and quite possibly the world.  Amoeba features an epic selection of music on ranging from old vinyl records, to cassettes, and CD’s.  If you are a true music fan, you can easily spend several hours exploring the endless aisles of the store.  You might even see some of your favorite performers browsing the aisles themselves!  Amoeba Music is located at 6400 Sunset Blvd, Los Angeles, CA 90028. 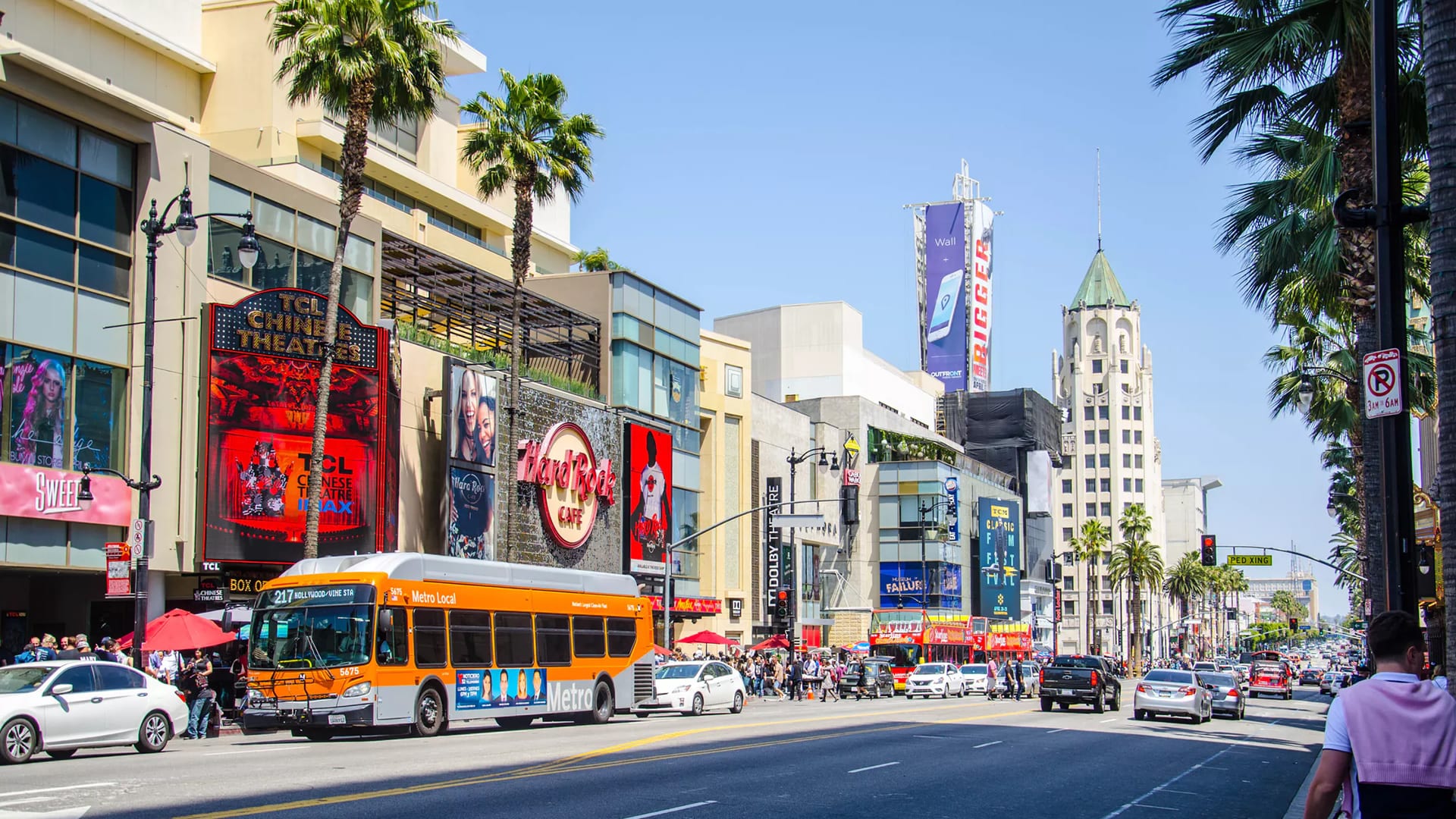 Hollywood – the home of the stars – is both exactly what you’d expect, and a surprisingly new experience, so it can be very overwhelming to say the...